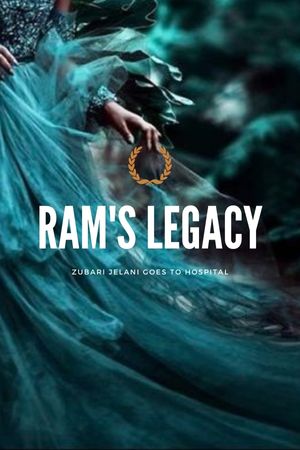 Zubari Jelani wiped the sweat off his forehead with a pristine handkerchief.  He took in a breath, and as he breathed out, an urgent need to take another deep one filled him.  It felt like there was a finite amount of air in the backseat of his car.  Breathing in deep, he frowned, as he wiped more sweat off his forehead.

The car slowed down.

Zubari glanced out at the heavy traffic near Sarit Center along Lower Kabete Road.  They were heading to his Nairobi home in Peponi.

Zubari hoped a hot bath, a good meal, and a stretch on his bed would ease his discomfort.  He rubbed his chest with his right hand and shifted on his seat, his gaze moving to the man in the front passenger seat.

Franco Mureu was his right-hand man, and the only person he trusted with his life.  They were coming from a late meeting with a stakeholder in the flour mill Jelani Industries owned.  A meeting Zubari asked for because it involved the renewal of a long-term supply contract. He was happy with their agreed terms.  He was looking forward to signing agreements in the morning because it would mean money was coming into ease cash flow.

Zubari took in another deep breath, hoping to ease the tightness in his chest.

“Franco,” Zubari said when the uncomfortable feeling did not disappear.  “Let’s go to Aga Khan Hospital.”

“Boss?” Franco turned to face him.

The driver increased speed, driving up a soft hill, reaching the small roundabout near the Somali Embassy.  He turned right heading back to the Westgate Mall. Driving like a maniac, he tore through Mwanzi Road, overtaking where he could until they were on Ring Road. It was nine-thirty in the evening. Traffic was manageable; still, the driver overtook where he could.

Zubari took in deep breaths, aware of Franco’s concerned gaze on him.  He must have looked like he was dying because Franco undid his seatbelt, and maneuvered his way into the backseat.

Franco undid Zubari’s tie, removing it, and then unbuttoned the top three buttons of Zubari’s tailored shirt.  He opened the windows on both sides.  Zubari took in deep breaths appreciating the cool April air filling the backseat.  He felt better, but the discomfort in his chest remained. Franco reached for his phone and dialed Zubari’s family doctor, explaining Zubari’s symptoms.

The driver got creative, overtaking a few more times. It took him six minutes to get to the emergency room at the Aga Khan University Hospital.

“Zuba,” Dr. Oloo said, as she perched on the visitor’s chair on the right side of his bed.

Christine Oloo was in her late forties.  Mother to two, and a talented doctor.  She had taken care of Zubari for ten years now.

“This is the last place I expected to see you,” Christine said.  “We had an appointment next week.”

Zubari gave her a small smile.  He felt too tired to offer more.

Christine patted his right arm and got up to check his charts.

“You have luck, arriving here any later, and this would have killed you, Zuba,” Christine said, never one to sugarcoat circumstances.

“I’ll have to thank my driver.  He drove like a man possessed,” Zubari said, his words coming slow.

“No.” Zubari shook his head.  “I’ve been in good health.  Exercising, eating healthy, and following your guidelines. I’ve been going home early, not stressing over work. I only take the meds you prescribed. The day I came here, I had a case of heartburn at around ten in the morning . I asked the secretary to bring me a pack of Eno.  I felt better for a time. Lunch was with an investor at a restaurant, and then I returned to the office.  I felt fine until our drive home.”

“Hm,” Christine studied the reports in her hand.  “This is very odd, Zuba.  If you have not taken anything else other than what we prescribe, then when could you have taken in these amounts of antidepressants?”

“Yes, but your blood work shows you have ingested a large number of tricyclic antidepressants. These pills have components that can trigger your blood pressure.  A small amount would not harm you, but at this level, high blood pressure is expected.  The increased heart rate would strain your heart thanks to your existing heart problems, Zuba.  A severe episode would lead to a fatal heart attack,” Christine said, shaking her head.  “So, if you have not taken these pills of your own accord, then…”

“Someone tried to kill me,” Zubari said, his voice coming out rough on the edges, a bitter taste filling his mouth at the thought.

“Who should I call for you?” Christine asked.  “You should talk to your wife—”

“Call no one,” Zubari said, shaking his head.  “Christie, this should stay between us. At some point, I will need a clearer explanation of your diagnosis.  For now, I’m at your mercy.  Please get me back to good health.”

Christine studied Zubari for a full minute before she nodded.

“We’ll need a full battery of tests, and a legal guardian who can sign off on procedures as needed.”

“Agreed,” Zubari said, a deep frown creasing his forehead. “If you ask Franco to come in, he’ll bring you, someone, to sign off on the procedures.”

“I will recover from this, right?” Zubari asked, his gaze hopeful when he met Christine’s gaze.

“Yes,” Christine said.  “You have been keeping a healthy lifestyle up to now. You need to be extra careful with your diet, stress levels, and meds.  Before that, we need to observe you for another forty-eight-hour period before I can let you out. Just in case.”

Christine nodded and hurried out of the hospital room to get Franco.

Alone, Zubari stared up at the hospital ceiling, his thoughts filled with the reality of someone wanting to kill him.

Zubari narrowed his gaze on his right-hand man.

“Find Ram,” Zubari said, biting back a chuckle when Franco shuddered.  “Tell him to stop what he is doing, I need him here in Nairobi.”

“He will not come easily,” Franco said.

“Tell him I want to discuss the Mugumo Coffee Plantation,” Zubari said with a smirk.

Ram would commit murder to protect the plantation his mother called home. It also meant that he would protect Zubari with all his might if it meant gaining full ownership of the coffee farm.

“Tell him I want to settle the title deeds,” Zubari added when Franco started to leave.  “That should bring him here at top speed.”

Prologue | Table of Contents | Chapter One